The last seven years of my life have been punctuated with unexpected adventures. The farm The donkeys! Almost buying a ton of farmland and then not buying and ton of farmland and being a little devastated about it! Then, being glad I didn’t buy all of that farmland because of this… 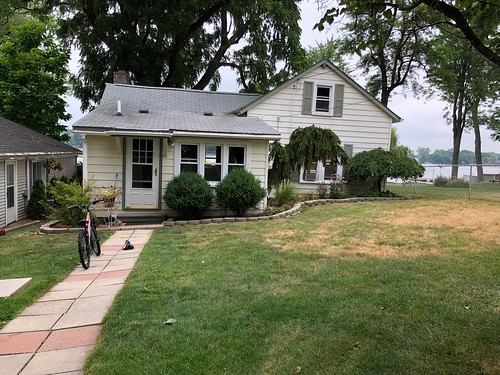 My mom and I bought a lake house! 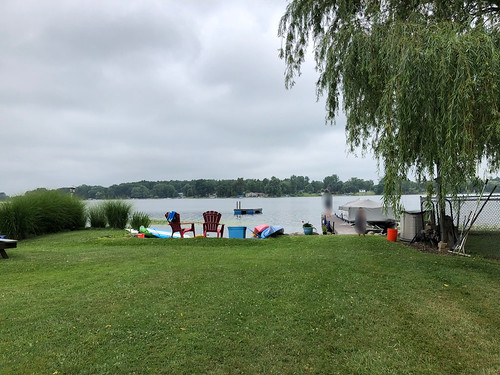 Backstory:  A couple of years ago my mom said she really wanted to retire up by the farm but not, like, at the farm. At the time, she was looking at all of the nearby farm properties and possible land I could build a house for her on, but  at some point last winter when I was working on the upstairs bath she said to me, “It’s taken you 3 years to finish this bathroom, there’s no way you’re going to be ready to build me a house before I retire… in seven years.” Which… fair point, Mom.

So then we started talking about the lake. It’s just a half mile down the road from the farm. Not a huge lake, but big enough to be all-sports. And, also, almost impossible to get a house on.

I was not worried about the impossible part because we had seven years. Surely something would come up in seven years.

Except my mom got this idea in her head, and then immediately sold her condo and moved into an apartment (so she’d have her money “free” in case something came up) and started checking Zillow for potential lake houses every single morning for the last two years. You guys, all I’m going to say is that SHE HAD A SPREADSHEET. You know I’m serious about building some shit when I’ve made a drunk sketch on the back of a junk-mail envelope. You know my mom is serious about some shit when she makes a spreadsheet. Just saying.

A great little house did come up a year ago, but the asking price was higher than we thought was reasonable (and that we could get a loan for) so I thought, we’ll just wait this out and when they realize that is an unreasonable amount of money for a 900sf house we’ll make an offer. And then in sold for cash above the asking amount in 24 hours. (Insert slight mental adjustment on how much money we’d be paying for a small lake house here. Yikes.)

Then, just a couple of weeks ago, I got a series of texts from my mom while I was on the way in to work. For reference, my commute is about an hour, and at the beginning of the drive she “just happened to see a house for sale on Zillow” and by the end of the drive she was 100% ready to buy it. So, with a better understanding of the lake-house market I was like, “okay, let’s buy it.” This was a Thursday and there was an open house on Sunday, and I thought we would be super proactive… maybe go look at it Friday or Saturday and put an offer in. Right? By the time my realtor got back to me at 3PM on Thursday they had 8 showings lined up for Friday, which didn’t even matter because the house was already sold.

My mom was devastated. 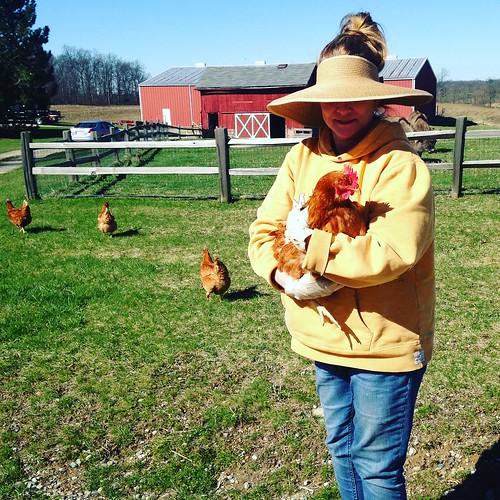 Do you see this wonderful woman who treats my chickens like grandchildren, and watches the farm when I want to go on adventures, and is the only reason this house has actual gardens and not just fucking weeds growing everywhere, and all she wants is a lake house within golf-cart distance of the farm?

Not fun to see her disappointed.

Also, my mom and I are a lot alike in how we handle disappointment… namely, we like to buy things. Recently, for me, it’s climbing holds. (See also: all of this) For my mom, apparently it was trees. 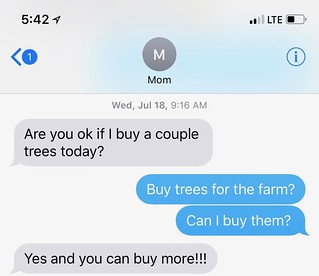 I mean, I got this text a week after the second potential lake house fell through, and then realized she had been talking a lot about trees for the past week. So I immediately called her and was like, “you’re not about to do something crazy right now and go spend a down-payment’s worth of money on trees or anything… right?!” and her response was dead silence for 15 seconds, and then…  “I mean, I’m really sad we lost that house.”

Here’s the crazy part. I convinced her not to buy a zillion trees, and instead meet me at the farm after work for dinner. I got home, opened a bottle of wine, started cooking, and–lo’ and behold– there’s a knock on the door.

Before I go on, can I just say how utterly unlikely it is that my mom would be at the farm on a Wednesday evening? I mean, ever. She’s here all the time on the weekends, and occasionally will come up during the week over summer when she’s on break, but she’s always gone before I get home. Except on this particular day.

So there’s a knock on the door. A few months back my mom made friends with one of our neighbors on the lake who often drives his grandkids by the farm on their golf cart, and whom my mom has invited over to visit the donkeys, etc. So I open the door, and there’s our lake neighbor, and he says, “I’m so glad I caught you, I know your mom is looking for a house on the lake and I just so happen to know that one is going up for sale next week.”

I literally walked back in to the kitchen, shut of the stove, grabbed my mom, and was like, WE ARE GOING TO MEET THIS PERSON RIGHT NOW.

Which we did. They invited us into their cute little house on the lake (with zero advance notice that we’d be coming through their home.) They were gracious, their kids were polite and funny. They told us about how they bought the house next to them from a neighbor and had been fixing it up to move into (since it provided a little more space for their 3 boys), and when they said they were planning to put their house on the market soon, my mom and I were like, “Um. We’ll take it.”

And then went back to the farm and were also like, “holy shit, did we just buy a lake house?? unexpectedly??”

I had a slight concern that the house might not appraise for the asking price (but it did!) and/or that the number of things they asked my mom to fax, fax again, fax with extra pages, and re-fax, might give her a permanent twitch in her eye (but it didn’t!)

And two months later, here we are… 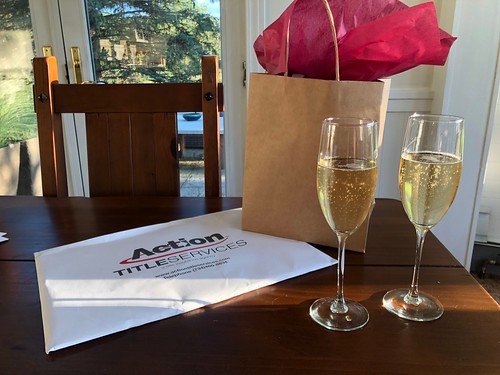 We closed yesterday, but technically we don’t have possession of the house just yet. (The family we bought it from needed a bit more time to finish up their new place next door, which, as a person who hasn’t had a floor in her kitchen for four years… uh, I can totally empathize with.) So I won’t be sharing any more details or interior pics until we’re actually “in” the place.

The lake house will be my mom’s primary residence (which means she’s signing up for that long commute I’m so used to at this point) and it will be a second property for both of us to take care of… BUT, it’s going to be amazing to have her so close by– golf cart distance!– and for both of us to have the farm AND a lake to play on. Plus, we really like the new neighbors. (Not just because they sold us the house, but because they’re awesome.)

There’s so much more to come. But for now, I’ll leave you right where we are… 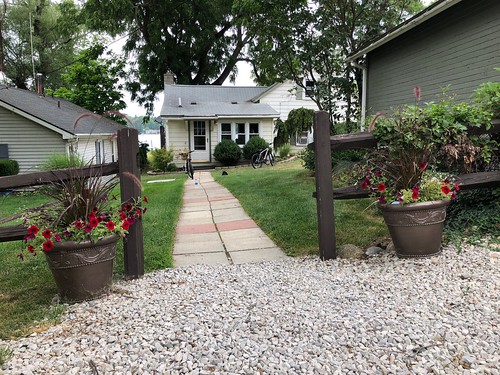 Anxiously waiting to get in to this place!